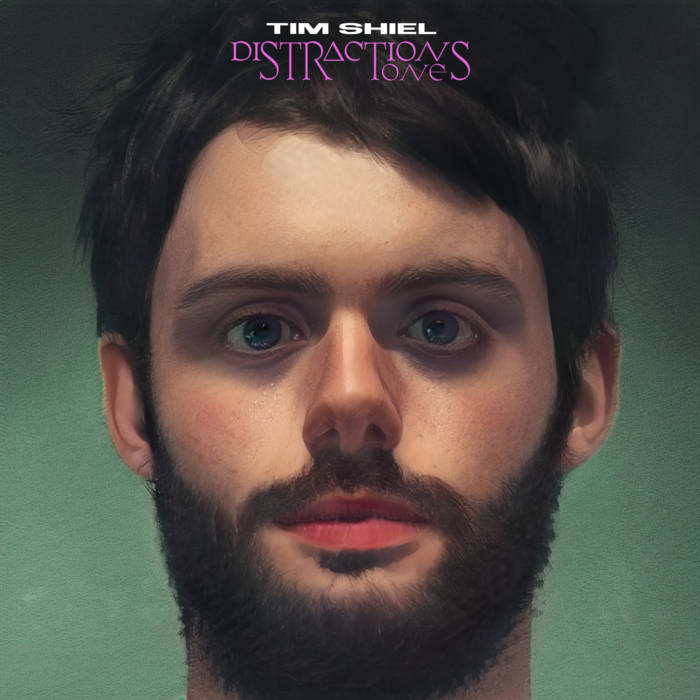 Toast Rack Beautiful, haunting and uplifting simultaneously. Vocals that truly connect float over layers of lush instrumentation and Tim's signature mastery of rhythm. On repeat. Favorite track: Call Me Back!.

ericrhanson Vacillating between moving in time with the music and introspective listening. Thank you so much for calling! Favorite track: Call Me Back!.

Jane Aubourg If you're searching for an album that gets your body grooving, your brain pinging, and your heart soaring - look no further! Absolutely loved getting to see the process of this album coming together on Twitch.

maxwelldexter full of emotion and grooves, bangers from start to finish! Favorite track: Call Me Back!.

In the cracks of each song on Distractions One lie the cracks of modern life itself - missed connections, divided attentions and everyday existential angst.

But those complexities are offset by the project’s deeply human nature. Each song connects contributors and reflects real-life connections and friendships, stitched together by the playful spirit that has long been a hallmark for Naarm/Melbourne producer Tim Shiel. His intuitive production style deftly avoids cliche while still retaining a warmth and openness, gently but purposefully nudging familiar elements just slightly out of their orbits. Deep house pulses, afrobeat rhythms, ambient textures, boom-bap and more combine on a collection that is both emotionally resonant and sonically thrilling.

After a dreamlike invocation from Happy Axe, the album opens in earnest with “Right In Front Of You,” a sprawling workout where waves of psychedelic horns and ambiences build and crash against a relentless four-to-the-floor pulse. Braille Face repeatedly asks “How does what you missed right in front of you have anything to do with me?” - and this gently defiant question sets the tone for the entire release.

The theme of missed connections echoes on “Call Me Back!” - a playful and sentimental house track built around anonymous voicemails from friends desperate to connect. “Sparrow” catches Kaitlin Keegan reflecting on time itself over a gentle Bristol-ish breakbeat while on “Coliseum”, Genesis Owusu lends his restless energy to a song that imports its boom-bap from Stankonia and feels as claustrophobic as it is fun.

On “Together Again,” vocalist NIK NAVY tenderly celebrates how truly powerful a deep connection is: “You put me together again no matter how many times I fall apart.” Melbourne art-pop duo Hemm also make a rare appearance, lending an unreleased song from their archives to the album, transformed by Shiel into the wistful album closer “Inside My Head.”

Many more of Shiel’s longtime friends appear on the record, including folk singer/harpist Lucy Roleff (“Get Into Your Love”), Sydney producer Anatole (trumpet on “Right In Front Of You”) and pianists Leah Kardos (“Sparrow”) and Luke Howard (“Together Again”).

“I think I realised a few years ago that I’m a better editor than I am a composer. A lot of my process is to just take whatever I have in front of me and shape it into something else, combining things with each other until there is something new. So now I tend to be much more careful about what those raw materials are in the first place, because I know how it informs the end result.

If I reach out to the people I love and people I admire, and ask them to give me sounds - a vocal, or a piano part, sometimes a whole song - from that point on, they are embedded in the music too, they are intertwined in it. That to me is so interesting and rewarding. The song becomes more than the sum of its parts, it becomes about more than just me. This collection of songs is also a collection of my friends.” - Tim Shiel

Music made and mixed by Tim Shiel with:

The creation of this album was supported by funding from the Australia Council for the Arts.

The Hammer and The Relentless from the Boston band Malleus stop by for a chat.