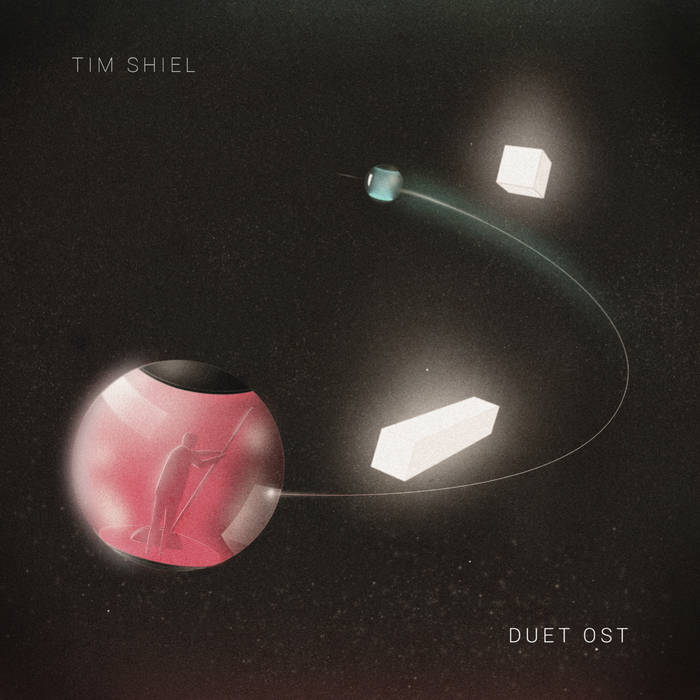 alexius64 The melody is unique for me. Leads me to a space of pure tranquility and I don´t know why. Thanks, Shiel for this great soundtrack from a fantastic game. Favorite track: Theme from Duet.

hazimov Came for the game, stayed for the music Favorite track: Laps.

Duet is a game that asks players simply to navigate two orbiting spheres past an increasingly complex maze of falling obstacles. As the difficulty increases, the tension mounts, and a peculiar narrative unfolds. Developed by Kumobius, with soundtrack by Tim Shiel, for iOS and Android.

"Although the game might be great, the soundtrack is spectacular. As contemporary as it is, taking advantage of electronic music's current scope of sounds, it also harkens back to video game soundtracks of the pre-millennium with needling synths, thunderous whooshes of noise, and an eerie atmosphere - it's almost symphonic in how clean and elaborate it sounds. Shiel's soundtrack for Duet comes out sounding as innovative as the game it scores." - Jake Cleland, The Vine

"Tim Shiel's outstanding soundtrack effortlessly sells the mood. I'd be better at Duet if I could play without sound, but that would be too great a waste. It's not that the soundtrack outshines the game, but it does stand alone—quite beautifully." Nissa Campbell, Touch Arcade

Get Duet for iOS and Android here: www.duetgame.com

The Duet soundtrack is also available on iTunes.

All music written and performed by Tim Shiel, with:
Luke Howard - additional piano on tracks 1, 2 and 4
Ben Edgar - lap steel guitar on tracks 1 and 7

The Hammer and The Relentless from the Boston band Malleus stop by for a chat.